TWIN SHADOW. One of my most favorite artists since Eddie put me on a few years has been in constant rotation ever since GTA5 dropped last year. If you have not taken the time to listen to Radio Mirror Park from the game then you should check it out ASAP. DJ George’s commentary is hilarious and the music is solid. Just spotted the link for this today and weas just giving it a listen. Surprise Surprise , right in your eyes it.

“its time to make the world again, how could it be that this world keeps on with its roaming, its lostness, its sweetness, its cruelty, its little loves, its big dramas, its actual flowers flowering, its potential flowers failing to flower, its generations of beautiful youths poring toward decay and isolation, its rivers of confusion wider than lifetimes, its masterful, infantile gelatin that binds days, its echos of long drowned rituals, its web of destinations as broadened and inflamed as the visible stars, its entities , its connections, its unity. How can it be?” 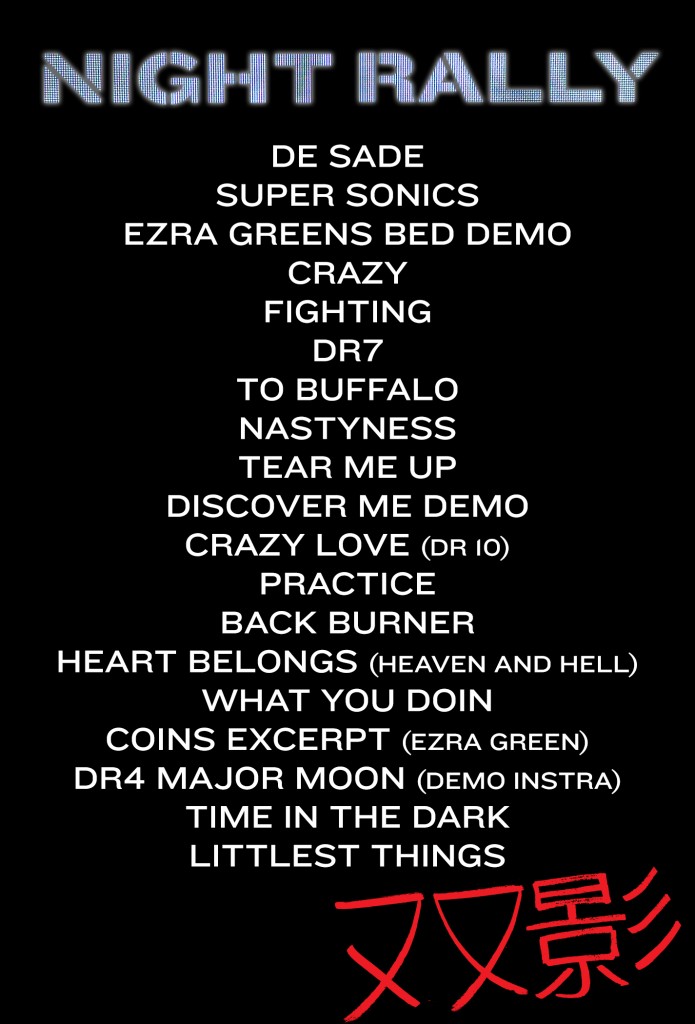 i promise you wont regret it and if you do you should probably not bring it up when we see each other.